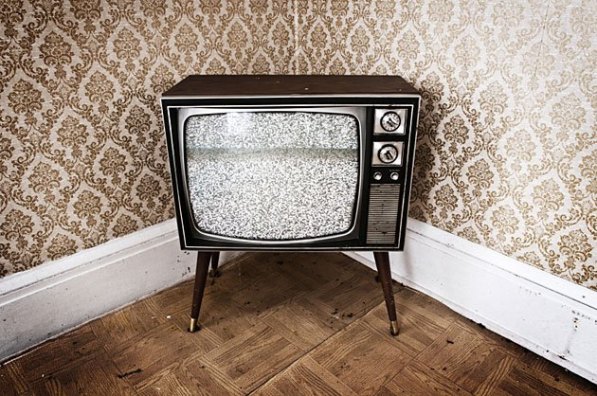 Childhood meant something different back in the day

“Childhood” not too long ago meant something so different that it does today. It was a certainly a different time, a simpler time, devoid of the constant activity that is part and parcel of life in our increasingly rushed, hurried, 24/7 digital age. With the rapid changes to technology and how we communicate with each other, simple, good-old-fashioned fun seems to have been left in the past.

As a child, “having fun” meant something completely different than what it means now. Back then, the  options that are available to kids now did not exist, which in many ways, was a good thing. We weren’t constantly distracted by an endless stream of text messages, online, video or smartphone games, iPads, the Internet and everything else that signifies life in modern times. Sure –  technology is great (my iPad has saved my kids from a meltdown on more than one occasion), but there’s something to be said for the simpler times that are now just a distant memory.

One of the most popular posts on this blog is this one: “Is Your Refrigerator Running?” The Lost Art of the Prank Phone Call.”The title of the post references one of the favourite pastimes of kids who lived  before the digital age and when Call Display was a thing of the future. The post discusses how technology as a whole has changed the way that kids have fun. It’s interesting that the post about making prank phone calls is one of the most visited on this blog, a fact that indicates that more of us than we may imagine are pining for a time when life was simpler and less frantic.

The comparison between then and now – how kids spend their time these days, compared to children in the past – is startling. With things moving so quickly these days, it’s no wonder that many of us wish we could go back to that time when everything wasn’t so fast-paced, and hurried. There’s something to be said for slowing down and throwing caution to the wind.

Unfortunately, however, we can’t turn back time. A return to the simpler lifestyles of days gone by is unlikely, leaving many of us who grew up in a different world to cherish the memories, because that’s all we have left.

Certainly times have changed and technology has advanced our lives in so many positive ways. However, while it’s great that our kids get to to reap the benefits of the Information Age, it’s equally sad that they’ll never know the joy that was provided by some of the simpler pleasures of everyday life. With not a pixel in site, kids survived and actually thrived without the myriad of options that they have now. Life may have been simple but boy, was it fun. I know I’m not the only one who is saddened by the fact that my childhood experiences of having fun will never be replicated by my own kids. After all – they’re used to a much faster pace, more sophisticated toys and gadgets and have a generally shorter attention span as a result. On a more practical level, it would be almost impossible to bring back some of the simple joys of being a kid during this earlier time as children today have greater expectations about how they want to be entertained.

“With not a pixel in site, kids survived and actually thrived without the myriad of options that they have now. Life may have been simple but boy, was it fun.”

Here are 10 childhood loves that my kids will never know:

1) Saturday Morning Cartoons – The days of waking up at the crack of dawn to watch a few hours of TV that only occurred on Saturday mornings are a thing of the past. DVRs, YouTube, downloading and streaming at will has ended this ritual forever.

2) Metal Slides and Concrete Playgrounds – Ouch! They hurt our backsides and the backs of our legs when we were brave enough to slide down them on a hot summer’s day. Now, the plastic is much safer (and more comfortable) but we don’t whiz down quite as fast.

3) The Dewey Decimal System – Searching for information pre-Google was quite the feat, but one that was oh, so rewarding as well. Those small index cards, the beauty of Dewey’s categorization and the process of systematically tracking down that book or piece of information was a thrill in its own strange way.

4) Movie Anticipation – Waiting months or sometimes years for your favourite movie to be aired on TV made it oh, so much more special. The annual showing of the Wizard of Oz or The Sound of Music merited weeks of planning, from the snacks and treats that would be eaten while viewing down to the pyjamas that would be worn, along with the special stuffed toy who would also have a chance at viewing the movie, just this one time. Somehow, that act of waiting for the show that would only be seen once a year made us cherish it so much more.

5) Prank Phone Calls – “Is your refrigerator running?” If you know the answer to this question, you too are old enough to feel sad about the fact that these words are rarely uttered to strangers on the other end of the line like they once were.

6) Test Patterns and the National Anthem – When these two items flashed across your black and white TV, you knew that it was time to hit the hay. There was no choice but to go to sleep, as nothing was on once the anthem was sung and the colourful test pattern (with the annoying, unending “beeeeeeep”) hit the air. No 24/7 TV, satellite, internet, YouTube or downloaded shows for all-night distraction.

7) Playing Outdoors and Long, Lazy Summers – With the increased fear of strangers and “Helicopter Parenting” becoming the norm, the days of kids wandering aimlessly or playing outside for hours with one’s friends are long gone. “Stranger danger” is the phrase du jour and many parents feel that it’s better to be safe than sorry, resulting in the reality that children are missing out on some of childhood’s greatest experiences.

8) Sugar, Butter and Non-Organic Food – It’s great to be healthy but, let’s face it: sometimes the things that are the worst for you are the ones that taste the best. Enter sugar, butter and other foods that have been deemed unhealthy in recent times. Not too long ago, children (and adults, let’s face it) savoured the creamy richness of butter on bread, sugar in cereal and fruit that was not deemed “organically-grown, guaranteed.” It’s hard to believe, but people survived after ingesting food that is now considered unhealthy, sadly.

9) Seatbelt and Carseat-Free Car Rides – Bette Davis may have warned us to “fasten our seat belts” but the act of being safe, not sorry, didn’t occur very frequently not too long ago. And baby car seats? Fuggedaboutit. (Fun Fact: The back of the station wagon was always the best place to be, preferably lying down, no seat belts in sight!).

10) Board Games and Kids’ Activities – Before Google, smartphones and the Internet took over our lives, childhood included creative ways to have fun. An exciting round of Monopoly with the family or more independent creativity via games such as Spirograph can’t be replicated. Sure, we have the updated versions of these favourites but somehow they’re just not the same. After all – the risk of poking yourself with the pins that came with the Spirograph set was half the fun. 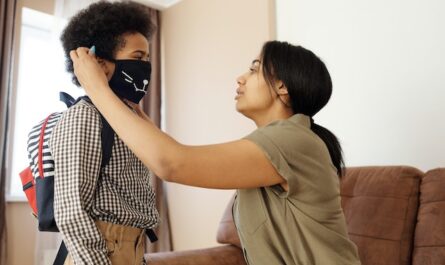 IN THE NEWS: Back-to-School Tips During COVID-19