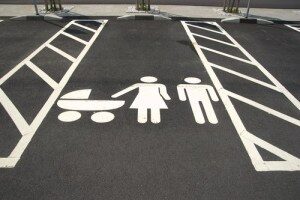 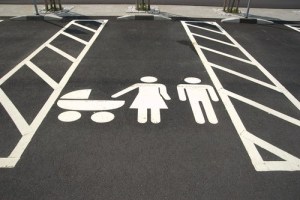 The other day, I had just gotten into my car to pull out of a parking spot at the local supermarket. My window was rolled up but despite this fact, I could clearly hear yelling through the thickness of the window glass. To my left was a man – he looked like he was in his mid-30’s – and he was standing by the passenger door of his car.

Who was he shouting at?, I wondered.

Almost as quickly as I had this thought, I saw directly in front of his car, two women who seemed to be less than happy with this man’s presence. As a matter of fact, it’s safe to say that they were downright angry, as indicated by their twisted expressions.

Was this situation going to blow up? It seemed like there was a standoff underway.

I rolled down my window to unashamedly eavesdrop on a situation that I sensed was about to reach an even more pronounced decibel level.

“I’ve got my two kids in the car!” he offered, sounding simultaneously both apologetic and defiant. “I’m here with my kids – they’re in the back seat! I’m not just taking the parking spot for myself.”

I looked to the backseat of his car and, indeed, there were two young children strapped into car seats in the vehicle. The children were no older than three.

“Yea, sure. Whatever,” one of the angry women retorted, looks of disgust  spreading over both of the women’s faces like a cancer. They were livid.

“You shouldn’t be in a parking spot that’s for families with young children or for pregnant women!” one of the ladies continued, shouting even louder now.

They were done. They wanted no further part of it. 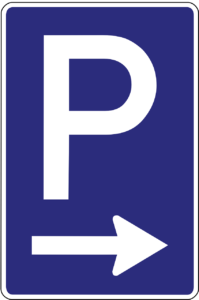 Shaking their heads and muttering amongst themselves, they walked into the supermarket.

I was still sitting in the driver’s seat of my car, window open, in close proximity to the now-dejected dad.

I couldn’t just leave. The man was clearly humiliated, dejected and in need of some reassurance.

“I know that you have the kids in the back. It’s not you – they obviously didn’t see your kids.”

He was really upset now, and rightly so.

“It’s so frustrating,” he said, despondently. “It happens all the time. People don’t believe that I could possibly have my kids in the backseat – they automatically assume that I’m some insensitive, loser guy who has no problem parking in a spot that’s reserved for pregnant women or families. Why do they assume that I, as a man, can’t be the one who’s got the kids?”

And therein lies the million-dollar question.

The angry women had taken a quick glance at the man, and made the following assumptions:

Assumption #1 – This man must be an insensitive imbecile taking up a parking spot clearly marked for families or pregnant women;

Assumption #2 – This man is single, alone and too lazy to park further away and walk a few steps more to the supermarket;

It is assumption #3 that is perhaps the most problematic.

Why is it assumed that men cannot be the primary caregivers of their children?

We all have a vision in our minds about what a responsible, loving parent looks like and, unfortunately, in many instances, it’s not “Dad”

We all have a vision in our minds about what a responsible, loving parent looks like and, unfortunately, in m any instances, it’s not “Dad,” at least when it comes to child-friendly parking lots.

We’re in an interesting time, one where we speak about the importance of equal rights for all. Often, this sentiment is provided through the lens of those who haven’t traditionally been afforded equality. I’m talking about women. 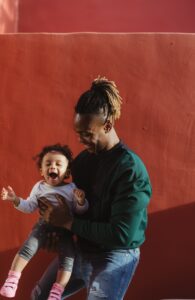 Let’s remember that women haven’t always been considered equal. For the most part, the “gentler sex” had very clearly defined roles, responsibilities, and, in many eyes, limitations. These limitations were not based on facts or truths, but rather society’s pre-defined perceptions of what females should and shouldn’t be.

Historically, women were seen to be caregivers and nurturers, which naturally translated to this sex being the primary parent responsible for the care and raising of children. And while we may scoff at such archaic thinking, it’s clear from the incident that I witnessed recently, that such clearly-defined gender roles are not a relic from the past. Ironically, in the instance at the supermarket, it was the women who were perpetuating a stereotype about who could and should be the primary caregivers of young children. In their minds, it couldn’t possibly be a man.

No one will deny that mothers with small children in tow and pregnant women are in need of our additional support, wherever possible. It could mean something as simple as providing them a parking spot closest to the door.

Why not provide the same consideration to dads? They may not have the biology to become pregnant, but surely they can have an equal opportunity to wrangle a reluctant or tantrum-affected child into the store, tears and all. It’s these latter instances where, whether male or female, we as parents need all the help we can get. A few steps closer to the front of the store may be worth its weight in gold to any dad who may not want to endure even one second longer of said scenario.

Perhaps we, as a society need to expand our thinking to the point that both women and men are considered capable and natural as caregivers of small children. Clearly, something’s got to give in terms of our societal perceptions, if the incident at the supermarket is any indication.

So, back to the parking lot.

I felt I had to say something to soften the very ugly situation that I had witnessed. I felt for this man, this dad, who was clearly just doing what so many moms do every day: taking their kids to the grocery store to buy food for the family.

“I know, it’s hard,” I said to him. “People make assumptions that are so unfair. Keep doing what you’re doing and pay no mind to those who think they know what they see, in spite of the truth and what’s in plain sight.”

I gave him a smile and in that moment, I saw his back straighten up just a tad before he reciprocated with a relieved smile in response. I backed out of my parking spot and drove home, but not without glancing into my rear view mirror to see this loving dad taking his young daughters out of the back seat.

What do you think of this situation? What would you have done if you had witnessed this interaction? Have you ever experienced something like this? Tell me about it in the comments section below.
—- 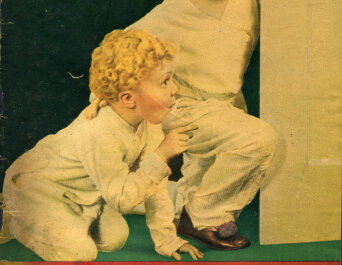 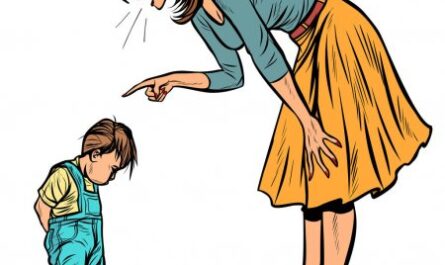