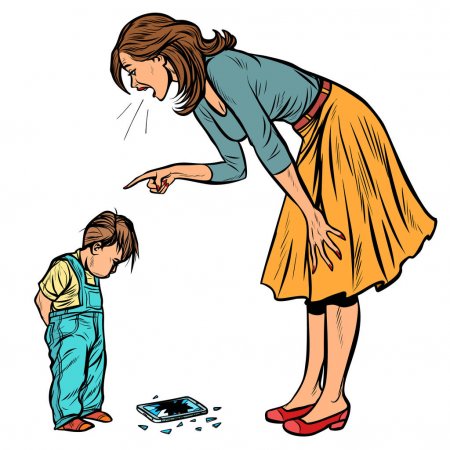 My Kids, Your Discipline?

“It takes a village to raise a child,” a wise woman once said.

A noble philosophy one can concede, but is it realistic?

Sure, in some instances extended family is the glue that holds everything together, from child care to support to finances and more. There’s nothing like having grandma and grandpa step in and give mom and dad a well-needed break.

But what about discipline? Does the “village” paradigm still hold when it comes to this touchy subject?

How we choose to discipline our children – or not – is one of the few polarizing topics that divides parents like no others. Discipline, which could mean anything from a “time out” to, in some cases, corporal punishment, is an extremely personal aspect of parenting. It’s one of those topics that has been formed in our psyche from the time we ourselves were children. From those of us who may have received a “spank” here and there to others who were the victims of full-on physical abuse to still others who were spared the rod (and apparently became spoiled in the process), it remains a touchy subject in more ways than one.

Does it really ‘take a village’ to raise a child? Does that include disciplining these children as well?

When children enter the picture, couples are forced to discuss how the little ones will be disciplined. Often a point of contention, it’s not unusual for disagreements to ensue. After all, if one party believes that spanking is acceptable and the other party disagrees, what to do when the child misbehaves becomes a source of struggle.

To spank or not to spank – that is the question, and most people fall squarely on one side of the fence or the other. The ensuing discussions and potential disagreements are considerably magnified when taken to the public realm. 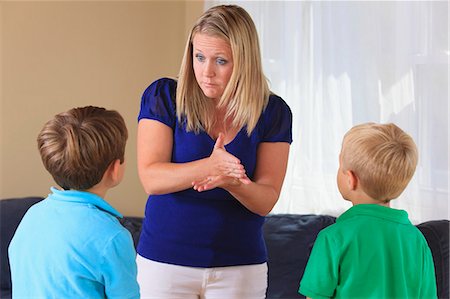 It’s one thing trying to sort out the best course of action when it comes to correcting your child and teaching them right from wrong. But how do you feel about other people disciplining your child?

“If another parent disciplined your child, what would you do?”

We’ve all been in situations where there’s been a public display of bad behaviour by a little one. Whether it’s in your local grocery store or supermarket, the park or the movie theatre, it’s never pleasant. Seeing a child in the throes of a full-on meltdown is only less stressful than watching a parent who doesn’t do anything to quell the situation. It’s annoying in the least and agonizing at best for those who sit by and do nothing.

The Top 10 Parenting Phrases That Parents Use On Their Kids

We’ve all heard them. Those annoying phrases that our parents said to us growing up and now that we’re parents ourselves, we’ve decided to inflict them our own kids. There must be a gene that is passed on from generation to generation that provides the ability for a parent to realize the most profound of pleasures by uttering certain sentences to their children as a fait accompli.

But what can be done? Is it alright to discipline other people’s children? Spanking notwithstanding, is it ever okay to jump in and take the bull by the horns?

Whether or not you agree or disagree with spanking or otherwise, the overarching issue of discipline is one that becomes acutely in focus during public displays of bad behaviour.

We’ve all been in situations where there’s an uncomfortable silence that counters the screaming of an unhappy child at the store/park/playground/[insert locale here]. It’s uncomfortable not only because of the child’s screaming, but because many of us don’t know what to do. We’re often stultified against our better judgement that tells us that the offending child just needs a good talking to – or worse. What stops us in our tracks? Is it our fear of repercussions from the child’s parents or other strangers? Is it the fear that perhaps we’re wrong in our desire to stop the child and perhaps we should just let nature take it’s course? Or is it the fact that we are ourselves unsure of what is the correct course of discipline for this or any child that steps out of the boundaries of acceptable behaviour?

The issue of boundaries when it comes to other people’s children is one that, in our society, is sacred. We’re taught to not cross that line, and to follow the old adage “when in doubt, don’t.” We err on the side of caution just to be on the safe side. Too often against our better judgement.

Yet, in many parts of the world, the “village” philosophy continues as it extends to children in public spaces. In these cultures, the support of the community is what in turn makes the same community strong, and if that includes public discipline of others kids, so be it. So what about us? Have we lost our sense of responsibility to others, or are we just being smart and staying out of the fray?

I’ll put myself on record by saying that while I’ve never harshly “disciplined” another parent’s child in public, I have spoken to kids who are out of line where I felt was appropriate. Case in point: at the local playground, there’s been more than one occasion where a child was acting up, e.g. hitting another child in the sandbox, grabbing toys out of others hands, etc. This was in view of either the parent being there or close by and not doing anything. In each instance, I as thanked by the parent for stepping in. That being said, I’m not foolish enough to believe that similar future outcomes should be so rosy. We’re all touchy about our children and our “mama bear” claws come out when we feel that they are either being threatened, or boundaries are being crossed.

In a similar situation where my child was acting out of turn, I would have no problem if a parent accordingly stepped in and said something to my child, as long as it was done in an appropriate manner (I would not tolerate spanking). It takes a village indeed.

So what about you?

Have you ever disciplined another person’s child, in public or otherwise? Would you step in if you saw a situation where you felt that discipline was warranted? Tell me about it in the comments below.

I talk a lot about parenting “then and now.” So much so, I named a podcast after this obsession. I have very personal reasons for being interested in how different things are these days. Specifically – I’ve seen the changes and lived through them from the perspective of both a kid and a parent in very different times and boy, how things have changed. 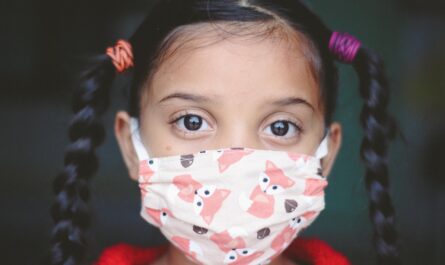